One of the first things you hear about Hanoi is the abundantly cheap local made brew called bia hoi. Having eaten mostly western food for my first two weeks I was ready to branch out so I headed to a big beer barn behind the Australian embassy that I had spurred on my neighbourhood walks. 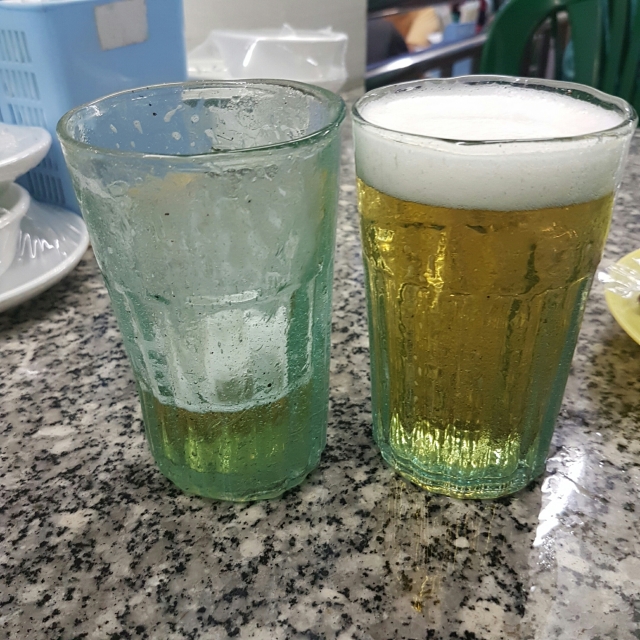 Not unlike a Cambodian beer garden, the place was huge and well staffed. I was whisked to a table and with the universal chug a lug handsign, I soon had my first beer in front of me. Given it’s brewed daily and costs 15c a glass..you know..it ain’t Peroni but it was cold and ultra cheap @ 30c a glass so who’s complaining ! Barely started one than the second arrived.

Now the next item was a little trickier. Food. No-one was speaking English and my Vietnamese is two weeks old. They gave me a menu…why I don’t know…and.luckily the guys next to me were eating something that looked ok so i pointed. That’ll do ! Turns out I ordered bbq pork and rice which was alright. 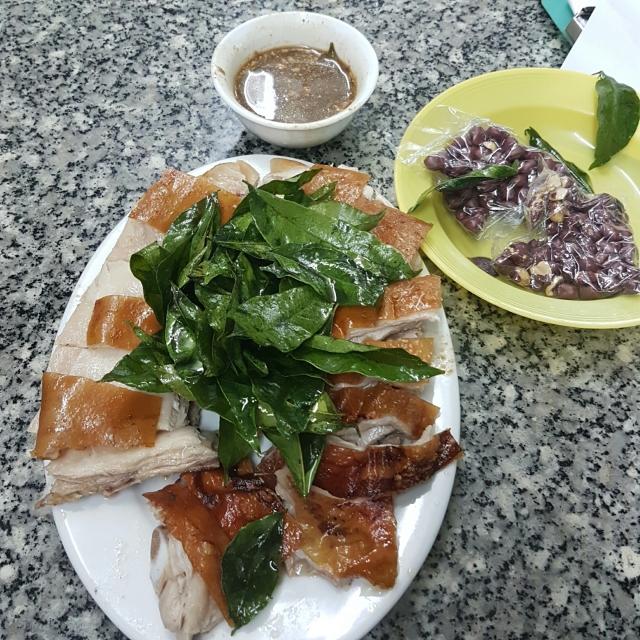 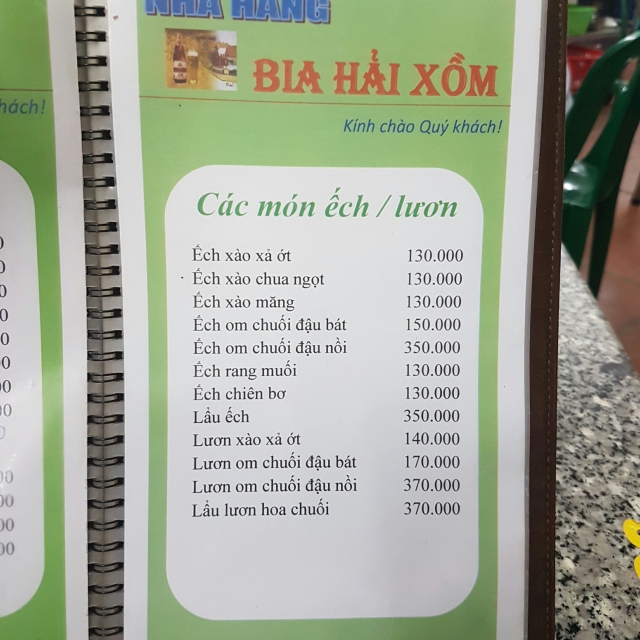 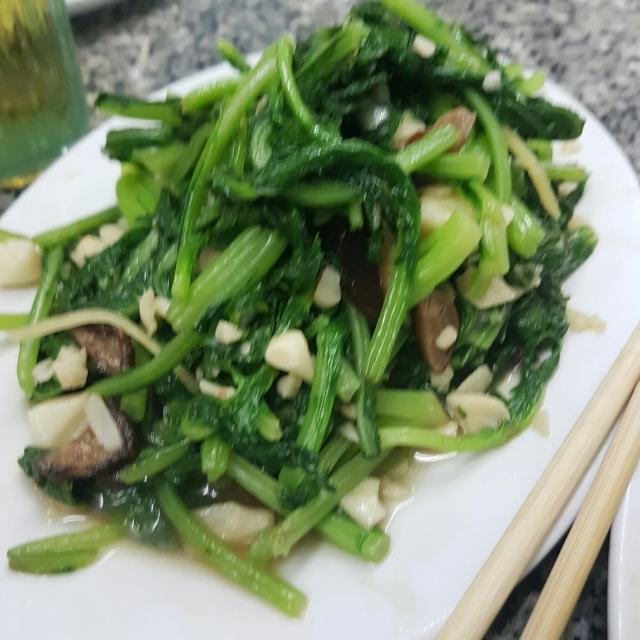 The pork was good although fatty and they then brought out a huge plate of the most garlicy bok choy you could ever imagine. Couldn’t eat it.
Total cost : $ 10