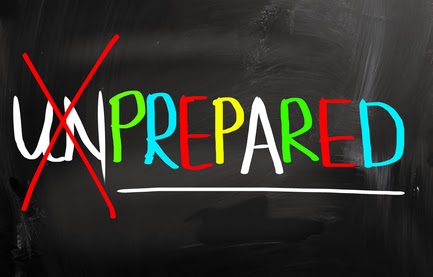 Regular readers of my blog might remember I wrote about the first business meeting I had when I worked for Cambodia’s largest engineering company and the frustrations one encounters when working on time and budget sensitive projects in South East Asia. Well…..let me report to you the first few little doozies I have had at my new company.

The company I now work for is a small Khmer owned concern that started life as an IT / Data Centre solutions company. Sound familiar ? You might remember the last company I worked for ( 7 weeks of a a two year contract ) was very similar. Anyhow, my current company ( which i will refer to heron in as ABC ) is actually successfully now transforming into MEP Engineering as it wins small – medium but very high profile contracts and doing a good job with them. Our largest project right now sees us on the tallest high rise in Phnom Penh. We are currently the MEP sub contractor to the Master Contractor ( “VietCo” )  who is doing the entire fit out for the building owner’s own HQ spanning two levels.

Out of the blue my Director ( whom I will now refer to as “Blue” form hereon on in ) drops an invoice that the MAster contractor has given us for $8000 for rectification works. Apparently ABC damaged some ceiling and walls during our MEP instal and VietCo has rectified and wants reimbursement.So Blue wants me to get the bill reduced or completely zeroed. I ask to see the contract. It is a lump sum contract with no mention of damage claims etc so I tell him ABC can simply refuse on this basis. Also…it states in the contract that it is VietCo’s responsibility to manage the MEP process and yet they have gone and installed ceilings etc ahead of ABC doing our MEP instal which means they have fucked up and have left us having to actually get into suspended ceilings  . Again I tell him – we should just push back on them and politely refuse to pay.

The invoice is comprised of 5 separate claims with descriptions as simple as “Rectify Wall “, “Rectify Ceiling” etc with what look like very large m2 quantities and rather large per unit costs. I want to get to the bottom of what was actually done.I email the ABC Site Manager, tell him we need to  meet regards the invoice, ask him to prepare any reports,photos, background information he can and I will see him at 10am two days forth.

I leave in the car at 9.15am for a 10am meeting and what should be a 25 min drive across town. I get as far as The Vietnamese bridge and Norodom is cordoned off ( riots ? protesting ? what is it this time? ) and everyone is being funneled down Monivong Boulevard which means nasty traffic. I ring the ABC Site Manager several times to tell him i might be late and he does not answer.

I arrive at site at 10.15am and fond the Site Manager sitting in his office at his PC. “Oh was this you trying to ring me ? ” he asks pointing at his phone’s missed calls ? I glance at my phone and notice an email from him that he sent at 9.55am saying “I am busy cannot make meeting cane we reschedule”.  My blood starts to fucking boil but for the moment I keep it in check. I remind him the purpose of the meeting and ask him for whatever information he can give me and I am met with the famous Khmer blank stare of ineptitude and dumbshitery. “I don’t have anything. Maybe an email or two ” . I ask him if he did any pre or post rectification reports with the Master Contractor whereby works to be carried out were agreed upon and then inspected upon finishing ? “no”. So how do you know the invoice BOQ is correct ? ”   More blank stares. Now remember…this guy is SITE MANAGER and has been onsite since day one. I ask him if it is possible to do a walk around and look at the rectifications together “I am busy”. He asks me to come back later by which time he thinks he might have some information. At this point I want to tersely remind him I am here under instructions from our boss to sort this out and he has been instructed to help me and this was the WHOLE PURPOSE OF THE MEETING . I ask him if we can meet with the VietCo Project Manager ( who is …Vietnamese) and one of the ABC Engineers is sent off to get him. He comes back 5 mins later saying ” He does not want to meet you he is so busy”. So I ask to be shown to his office and I meet a nasty little Vietnamese chap who is clearly unhappy with …well…life. I explain I am trying to get to the bottom of the invoice so we can pay him something but the invoice is very brief so I would like some more in depth explanations. In classic vietglish that gets parodied so much on youtube he gives me “oh I soo busy why i must do like this your staff never on site i too busy sorry not possible” . Ok this is going well.

Before I leave I ask the ABC Site Manager “why did you try to cancel our meeting 5 mins before the time via email. I was in the car driving across town! Why didn’t you call me at 9am or the night before ?? ” . More blank stares and that annoying Khmer smile and downcast eyes that they think is a suitable substitute for owning up to a mistake and or apologizing for anything.

None. I leave with no information. A complete waste of time.

Blue wants me to look into updating the ABC website. At the moment it is out of date, contains grammatical errors aplenty and generally needs to reflect what we are now doing.

I am recommended to a western web designer who does great work and so I inform Blue I will meet with him . After a meeting the very nice designer dude tells me for about a grand he can have our website looking smick as hell. I think this is dirt cheap to be dealing with an English speaking pro with a proven track record. Do it once. Do it right. I tell him I will report back to Blue and get back to him.

Blue takes one look at the $1000 estimate and says “that is very expensive. i have already spoken to a khmer contractor who can do it for $50”.

You will notice I skipped the background or preparation section for this meeting. At 5pm ( knock off time !!! ) yesterday I am about to pack up and go home when Blue ( who I am temporarily sharing a tiny office with ) clears his throat and says “justin…..are you ready for the meeting ?” . I have been deep in my PC trying to decipher some emails that have been sent to me regards the invoice issue ( see meeting one ) and when i turn around I see that there are 4 Khmer staff seated behind me patiently waiting. I had noidea we were having a meeting. Now you see why I call Blue…Blue. Out of the Blue indeed.

Blue says to me  “I will no longer be managing project X….you will be from today on so I want you to run this meeting. Over to you”

I do not even know who the guys are sitting in front of me and have visited site X once. It is a large LARGE old villa being converted into the commercial food prep HQ for a major client in town. We are halfway through the MEP installation and are under the pump. That is all I know.

I say to Blue ” I think it might be a good start if you can introduce me to these guys and then bring transition me into the PM slot with a thorough update etc” . So he introduces me to the staff who are all ABC Engineers based on Project x and tells me one of them will now be Site Manager and I am to deal with him and keep the project on track etc.

PAUSE for some background on me

My new title is Project Manager. It was originally Project Co-Ordinator which is a position I have held before back in Australia however is a totally different propositionto PM but i seemed to cop an upgrade on day one. Nowhere on my CV does it say I have ever been a PM on a large scale project and nowhere on my CV does it say I have MEP/HVAC Technical skills – both of which are probably needed for what I am about to undertake ! To be honest…I have not ad much exposure to MS Project although it is not rocket science ! I can certainly oversee renovations and small builds etc but multi rise Project Management is a bit trickier than that so…. I would prefer that everyone I now have to hand my business card to does not automatically think I am a hardened PM with an MEP tech or engineering background.  ! I have come from a Facilities Management background here in Cambodia which is rather a different arena HOWEVER this project is not large and I think it *might* just be the ideal project to cut my teeth on and get some extra MEP tech knowledge on board. Prior to my stint as GM at TEAMS i did not know much about AC or gensets which I learned a lot about so I am hoping this will be the next curve. I know I am practical. I know I am better organized than 99% of people around me and I know I absorb information well and can manage and drive trades and contractors.  So I will do the best I can with the resources I have.

I am onsite Monday morning and regularly thereafter with my hard hat on, my MS Project gant charts, my CAD drawings and I will meet with the freshy minted ABC Site Manager, our client, subs etc and I will be flying by the seat of my pants. At least I get to wear my new steelcaps !

And that was just yesterday. Struth.