Someone recently said it seems like all I do when I gov over to mum’s place is move dirt around and I have to say…they aren’t wrong. We bugged out Friday afternoon with sausages,smoked ham and sauerkraut in the esky and the kids champing at the bit to get out of town and made it just in time before the skies opened and it rained like Armageddon. This left the front yard slick with mud from our most recent dirt dumping session and so the next morning I ordered 4m2 or river sand and Danny and I moved it around while Grace opened her cake shop. 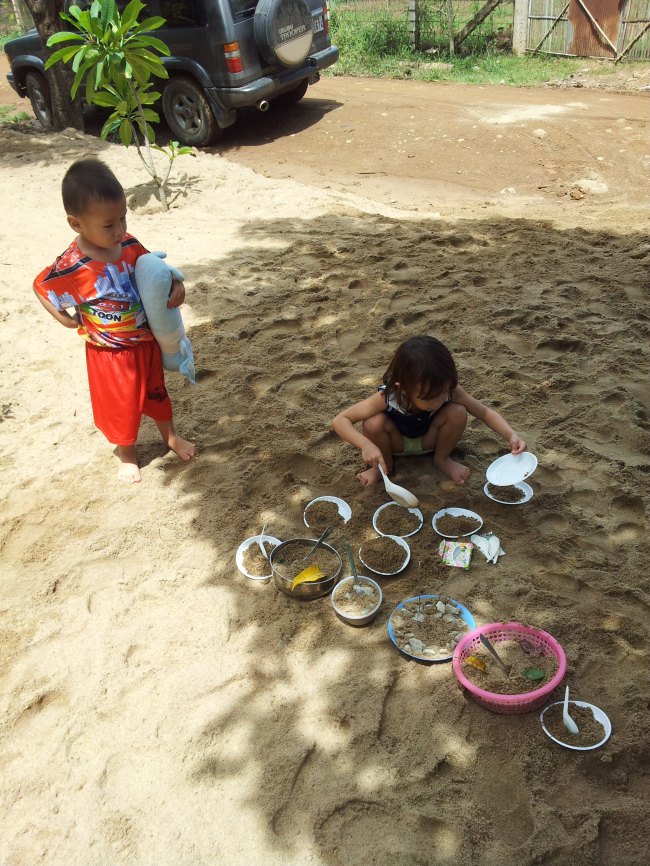 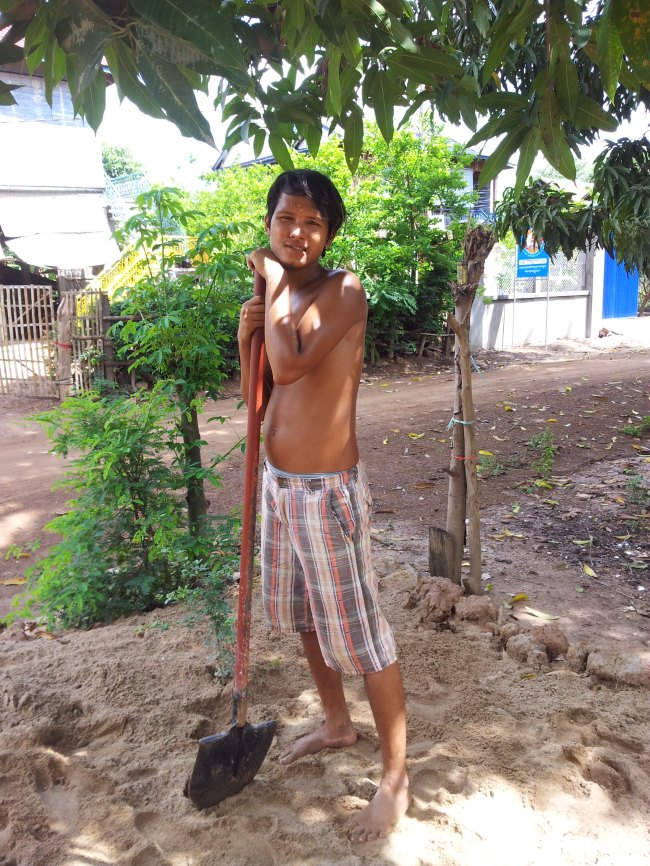 As Danny and I toiled in the sun, local people walked by and gawked /  marveled at the situation “You mean….you are spending $16 putting sand down so you don’t get muddy feet and the kids can play ??????????/ EXTRAORDINARY !!! ” . The difference it made to the front yard was actually fantastic. We liked it so much I offered to buy the neighbour half a truck too. He is a fisherman with two lovely little kids who play with Grace occasionally and there tiny house has a front yard that looked like a Louisiana bayou. He was incredibly thankful and we helped him spread it around. Of course …this elevated me to Pope like status with everyone ” that’s so nice of you !” and i took the opportunity to start drinking beer….basking in my newfound holiness.

We just got through all the work when BOOM the skies opened up again. Perfect timing as this would compact the sand and we could see if it was all worth it. It certainly was as we are now able to walk across the yard in bare feet during and after rain without getting bogged and ending up with mud between the toes which is no fun. I was absolutely spent after the days work and had a nap and then after a fantastic dinner of NZ beef and the ‘kraut….it was back to bed for me.

Sunday rolled around and we decided to go and get mum some chickens to match the ducks she now has out the back. We vistied the local fowls-for-sale place and well……it wasn’t very nice I can tell you. I half expected khmer banjoes to start playing. The woman selling the birds looked like she’d kill you for $1 and the place was unkempt at best. For $25 we bought 1 large chicken and 20 ..er….chickadees ? Grace wanted spotted. I wanted black. We have to go back to pick them out as when we visited they were all out “eating”. Back to the house and it started raining so heavily it was ridiculous. The kids got naked and danced in the rain and I went and had another snooze as I was still rooted from the day before. When I woke up the crew was playing cards and drinking beer so I suggested Leakhana stay a few days more with the kids and I headed back to the city for some couch time.

On arrival back in our neighborhood it seemed the city had been smashed with rain too. All the streets around our place were a metre deep or so…..

I’d like to say NO MORE DIRT but the next project is finishing the raising of the land out the back of the house so that means many more trucks and yes….you guessed it…more time on the shovel.

This entry was posted in Uncategorized. Bookmark the permalink.

2 Responses to Weekend at mum’s ; More dirt and rain…..lots of rain….and chicken shopping