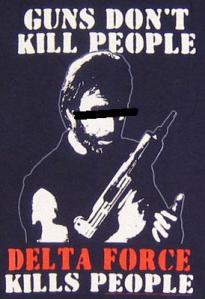 So Barrack Obama…er….Osama Bin Laden ( really…what were the Americans thinking electing a guy that has almost the same name as enemy number one ?? ) is dead. Nice work ! Can you imagine being the dude that actually took him out. Forget the fact Obama was apparently unarmed. Who would ever give a shit or nitpick about this ? Talk about eternal bragging rights !

Taking your son to bed ? “Dad….tell me the story about how you capped Obama again PLEASE !!”

Making Millions on the motivational circuit ? ” You know…..life is a bit like shooting Obama Bin Laden….one moment everything seems rosy….and the next minute….well….you are dead”

Disciplining the kids ? ” Don’t make me Obama you….”

Together in hell at last.

Anyhow…..I cannot wait for the movie featuring Justin Bieber as the hardcore special ops dude that fires the lethal shots and Clint Eastwood as his grumpy old commander calling the shots from an air conditioned office back in The Pentagon ” God damn it Bieber….I told you to shoot him in the foot !”

As for the announcement that Obama was buried at sea according to Muslim custom….since when was being fed through an insinkerator on a battleship and then shot out the rubbish chute considered Muslim custom ? I would have fed the fucker to the pigs…….