Taliban and his wife escape

Almost 500 Taliban prisoners have escaped from Kandahar prison in southern Afghanistan through a tunnel hundreds of metres long, officials say.The Taliban said it was behind the huge jail break and that all of those who escaped were members of the militant Islamist organisation.”A tunnel hundreds of metres long was dug from the south of the prison into the prison and 476 political prisoners escaped last night,” said prison director General Ghulam Dastageer Mayar.

The acting police chief of Kandahar, Shair Shah Yousufzai, also confirmed the escape, saying: “Last night some political prisoners broke out of the prison and have escaped.”Taliban spokesman Yousuf Ahmadi said the militants were responsible for the mass break-out.

“Prisoners dug a 360-metre-long tunnel to the south of the prison.

“They started getting out of the prison at 11pm (4.30am AEST) last night and by early morning today, 541 prisoners escaped the prison,” he said.”They all have made it safe to our centres and there was no fighting.”Ahmadi said that 106 were Taliban commanders while the rest were footsoldiers.The Taliban are known to exaggerate their claims in relation to incidents during the insurgency.The jail break is the second major escape in three years to hit Kandahar prison.

In 2008, around 1000 prisoners including Taliban militants escaped after the Taliban used a truck bomb to blow open the gates.Kandahar is seen as the birthplace of the movement and the city and surrounding area bas been the scene of some of the worst fighting in Afghanistan. 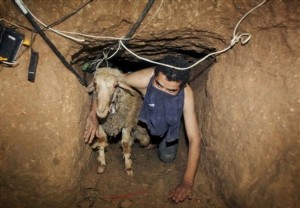 Another taliban escapes with his wife....

Who you gonna call ?