With Sarouen departing soon we are pulling out all stops to find a replacement. She suggested a friend of hers who was currently working herself to the bone in a Takmeo Sweat Factory, sharing a house with a bunch of workers at $40 a month and was “desperate for a better job” .

So we said FINE bring her over, give her a week of trial training( she had never worked as a housekeeper before ) and we would see how it went. On day one ( a Thursday ) I get an SMS in the morning  from my wife saying ” she’s a bit of a freshy girl” and then in the afternoon ” Grace really likes the new girl” so I am not sure what to expect when i get home. 5pm rolls around and I arrive and Srey Neung (v3.0 ) comes out of the kitchen, sompahs me and smiles. I notice immediately the diamante in her tooth and the reddish hair with bad roots ( a la Korean style which I fucking loathe with a passion ) but she seems nice enough and yes, Grace is smitten. So much so Grace is shooting Sarouen dirty looks when she tries to get close to her and definitely favoring her new BFF. Wow….that’s a good start. Turns out Srey Neung is 25 or so just got engaged ( warning ! warning ! warning ! ) and is heading back to the provinces on the weekend for her engagment party. I ask her when she is getting married and she shyly says she is not sure and she then works diligently under Sarouen’s eye for the next 24 hours before taking off for the provinces and she tells us she will quit her job at the factory immediately and come work for us.

The job she could have had...

The story goes that as soon as she got engaged her mother-in-law insisted she move in with them in Phnom Penh and forbade her from working. Er….WHAT THE FUCK ?

Forget about the fact that she gave told us she would come work for us and is now doing a Sarouen only in record time….I now expect this from these girls.

I can tell you for free that NO Khmer mother-in-law supports her diamante-grilled freshy daughter-in-law for free. No way Jose !

So I can only surmise;

A) Freshy girl decided it was too hard a job in which case she is destined to fail in life in general because the job is a walk in the park.

B) She has a wicked mother-in-law who has her own career plans for her freshly acquired slave..er….daughter-in-law and Srey Neung is now chained to a pole being fed gruel and working 25 hours a day. 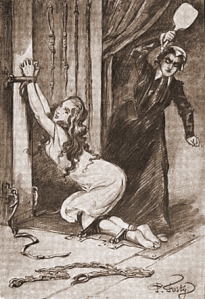 So now we are on the hunt for Household Help v4.0.

We have a girl coming today at 5pm and then 2 more tomorrow including an Aunt of Sarouen’s who is a year older than her??

Gavinmac – your comments appreciated as always.

This entry was posted in DAILY NEWS, FAMILY. Bookmark the permalink.