The filming of The Muppet Show Cambodia 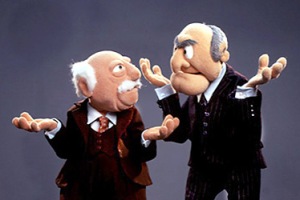 Does anybody know WTF is going on here ?

A while back my mate Derek asked me if I was interested in auditioning for the role of an Australian Federal Cop in National Geographic’s show Banged up Abroad ( please re-read that ,it’s not what you think ). I thought it sounded like a bit of a lark and fresh off my success with Bizarre Foods I accepted. A few weeks later I showed up for my “audition” which was very relaxed. A lovely British lass by the name of Barbie was directing and I had the part of the interrogating AFP cop at Don Muang airport. I breezed through it first go and they were happy with my effort and let me go.

A couple of weeks later an email arrived saying ” Congratulations, you got the part ! “. Hurrah to me, this should be fun I thought and as per their instructions, I awaited instructions. What was to follow over the next few weeks can only be described as a shit shoot of the highest order. Firstly, they needed to organise for a tailor to come to my house as I needed to be fitted for a uniform. I was contacted by their Khmer “fixer” who will now be know as CLUELESS . She would prove to be about as useless as tits on a bull. I gave her our address, gave her my wife’s number in case they had troubles finding our house and asked they not be late as I only had an hour for lunch , had a large business to run and was not going to dilly dally. I arrived home bang on 12pm on the allotted day and waited. And waited. And waited. At 12.30pm I rang CLUELESS and asked her where the tailor was.

ME; “Sorry, this does not suit me as I will have to head back to work in 20 minutes. I did ask you to make sure they were on time”

ME; ” No. I can’t. You can send them to my office at XXXXX address. I am available at 3pm”

CLUELESS; ” Where is that ? I don’t know where that is”

The tailors arrive 15 minutes early and I am measured up and off they go.

Some days later I receive another email with the FINAL SCHEDULE and FINAL SCRIPT attached. I am due to film at 1.30pm on the coming Saturday

( which happens to be Chinese New Year – a big day in my family so I have to reschedule a few things ) but there is no address or any indication of where I have to be. Friday afternoon rolls around and still no word on where I need to be. I am not the only one in this boat as other cast members are now rapidly emailing each other asking for location. I ring CLUELESS and ask her for the address of the location.” Ok I will SMS it now”. Hours later she still hasn’t so I call Barbie and tell her no-one is contacting any of us and I am getting a bit fed up with this turkey shoot. Barbie tells me Tim the Producer will call me which he does a while later…..to tell me that the location fell through and they now need me the following Tuesday at 5pm !. Thanks very much….I mean…..it’s not like I have planned my weekend around this or anything. I also ask Tim if they want me to bring shoes and a belt to go with my uniform because to the best  of my knowledge Australian Federal Policemen do not go barefoot.

Don't shoot until you see the whites of CLUELESS' eyes

So Tuesday rolls around and I wait again for instructions from CLUELESS on the new location. Around 3pm I get an SMS ” Dear Brendan, I want to inform you we are filming at the Cultural Centre opposite the National Assembly and please make it 6pm not 5.00pm”. Brendan ? I feel so special now. Memorable even. I SMS back that I will be there but can she please give better instructions as there are two National Assemblies ( The Old and The New ). I wait her her to contact me etc etc. I decide to head to Garage for a beer or 3 to loosen up and Jeff and I even google Phnom Penh Cultural Centre with no luck. Around 5.40pm I speak to CLUELESS and she gives me more vague directions ” It is opposite Naga” so I head off in the peak hour riverfront traffic. I get to Naga and after several loops trying to find the venue and ringing CLUELESS for help (only to find her phone is off ) I think ” fuck this, I am over it”. I ring CLUELESS again and again and finally she answer her phone.

Me; “Exactly how much are you paying me for this ?”

CLUELESS; ” We have budgeted $50 for your part”

Me ; ” Well I don’t get out of bed for many more time that amount and you have wasted enough of my time. My price is $300. Take it or leave  it. The next person I speak to had better be Barbie” or words to that effect……….

I then head over to 3 Rivers for a beer and eventually Barbie calls. She pleads with me to lower my appearance fee and whilst she is very nice and I tell her I have no issue with her, I also stick to my guns and tell her I have been jerked around non-stop and my price is my price. She tells me to wait and 5 minutes later I get a phone call from Tim the Producer saying ” ok  come on over  and we will pay you what you are asking”. I make my way over to where the place is supposed to be and eventually I locate the crew. They are  in the Khmer Kite Museum . I ask CLUELESS why she didn’t just say the Kite Museum as of course I know where that is as the sign has been there for ages . I tell her to take a look at the huge sign and tell me what it says and she ums and ahs and says ” This is the Cultural Centre” and I tell her again to ‘ TAKE A LOOK AT THE SIGN FFS  ”  I drive in leaving her standing there CLUELESS. Which she clearly is. 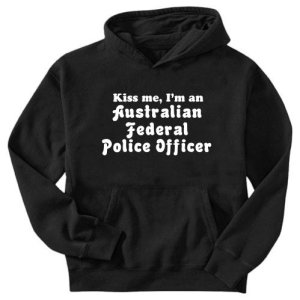 I change into my uniform which seems to be made of 300% rayon it is so stiff. No badges, no baton and where the bloody hell is MY GUN ? Still…at least it fits perfectly. I meet my fellow AFP copper – a Brit working for the UNDP no less. His accent is about as un-Australian as it comes but he is easy to work with and strikes me as a guy who would be fun to have a beer with. We are shown into a dingy looking office and before we know it we are given new scripts and I am very glad I studied the old one and committed it to memory. *shred*.  Anyways, we are filmed from all different angles and are able to ad-lib a bit which is fun. Turns out my partner is one of the local Phnom Penh Players ( a drama group ) and i am naturally talented so we have good fun. The crew look like they are about to dissolve in their own puddles of sweat and the main actor ( apparently flown in from the UK ) should go back to stacking shelves in Cosco. After about 2 hours we are done. Barbie thanks me, I collect my now increased wad of money and head over to Talking To A Stranger where I have a few cold beers and some dinner before retiring home.

And there you have it. The Muppet Show Cambodia. Coming soon to a Nat Geo Channel near you.

12 Responses to The filming of The Muppet Show Cambodia