My kiwi mate mark celebrated his birthday on Saturday and what a day it was. Leakhana and I stayed in on Friday night so that we would be at full strength and it was just as well because Mark and his lovely partner Srey Touche ( whom I have know for years and is one of Leakhana’s best friends)put on a cracker of a spread. The meat ( steaks,kebabs and sausages ) came from Dan’s meats and AusKhmer and was absolutely fantastic.Mark did me a special ” still mooing” rare steak that I can still taste. The potato salad with its Dijon mustard based dressing was addictive and the two kegs of cold beer helped to wash everything down and well and truly lubricate those in attendance. The cake was, as usual, a work of art .

Sure sign of a party - flip flop stack and kegs... 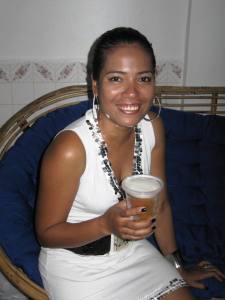 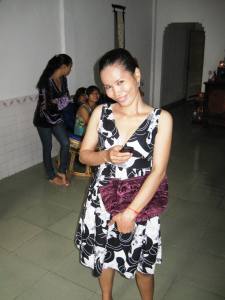 For once I did not know most of the guys. They were a mixture of Telco, UXO and aid workers but they were a great bunch of varying aged and nationality and as the afternoon turned into night many a laugh was to be had. The women ( all wives and partners of the guys ) that were getting around were all absolutely stunning in their party dresses and it was quite the smug group of lads that sat back as their girls ran around laughing,dancing and playing cards etc.There were also some great little kids running around including “Tom’s Trio” who were classic little boys. 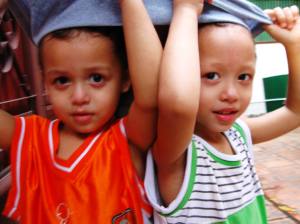 A gaggle of stunners. 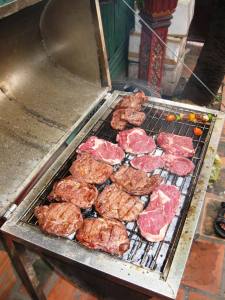 Later a very drunken procession of revellers walked down to Pasquale’s bar Liquid where we continued to imbibe and play very loud stadium style rock and roll whilst singing along karaoke style. We scared of a few other customers ( mostly Mark scaring them off with his voice ) but as we had the majority of numbers and as Pasquale was at the party,there was no harm or foul.Much later in the night becomes a hazy memory but River House and The Heart also featured. The next day I had to go over to pick up the scooter which had been sensibly left at Mark’s place and you know it has been a big night when two grown men attempt a recovery session with the remaining keg but can only manage two beers each before needing to retire……………..

This entry was posted in SOCIAL SCENE. Bookmark the permalink.